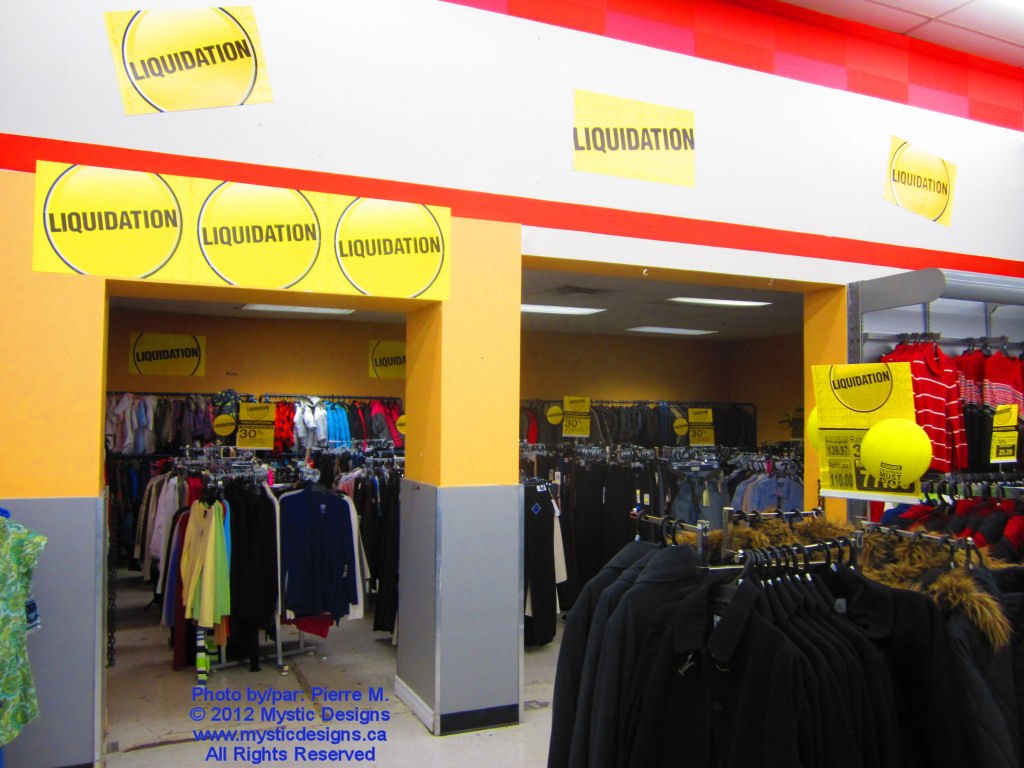 It’s an unhappy yet unavoidable fact: Sometimes, retail chains go out of business. Moreover, even healthy chains periodically must close down some existing stores. When stores have to be liquidated—when “everything must go”—a series of decisions must be made, and made quickly.

In a recent working paper, doctoral student Nathan Craig and professor Ananth Raman introduce a dynamic approach for optimizing the profitability of store liquidation that increases net recovery on cost by 2 to 7 percent of assets on hand, an improvement that may seem small until the hundreds of millions of dollars of inventory sold during the liquidation of chains such as Borders (2012), Circuit City (2009), and Linens ‘n Things (2008) is considered.

Their technique optimizes key decision variables, such as the markdown of products; inventory transfers among stores; and when to close a store during the liquidation process.

“When we were first exposed to the issue of store liquidations, we didn’t have a sense of how big it was—that there is a massive industry focused on helping businesses take care of this issue,” says Raman. (Gordon Brothers Group, an asset disposition firm that frequently handles liquidations, served as an invaluable real world test site and collaborator for the paper’s researchers.)

“To date, much of the research focus in management has been on the birth and midlife phases of business products and ideas,” Raman observes. “We don’t spend enough time thinking about the death or liquidation of businesses. What drew us to this problem is that death, or the process of liquidation, was inextricably connected to the birth of firms and to what happens at midlife, when a business is growing.”

Nathan Craig notes that store liquidation differs substantially from product liquidation, a more widely researched phenomenon where seasonal items such as Christmas tree ornaments are marked down for quick sale.

“Managers need to use a different approach in the case of store liquidations,” he says. “That’s because you can close stores at different times; move inventory between stores; and take different markdowns in different locations. There’s also a huge increase in customer demand at a store being liquidated in comparison to a store that is having a sale.”

In fact, customer behavior in general—unpredictable under the best of circumstances—becomes even more erratic during liquidation events, he notes.

For their work with Gordon Brothers Group, Craig and Raman developed a series of algorithms to model three key decisions made during store liquidations, including product markdowns, store closings, and inventory transfers. Their findings, based on work with retail outlets undergoing liquidation, at times run counter to generally accepted practice.

For example, in the case of product markdowns, managers often discount heavily at the end of the liquidation process in order to achieve 100 percent sell-through of inventory, with the belief that leftover product is a clear sign of poor performance. But Craig and Raman’s research shows that using more conservative markdowns near the end of liquidation, even if it leads to leftover merchandise, can result in an increase in net recovery on the cost value of the inventory sold.

Their approach also recommends higher markdowns at the beginning of the liquidation process than is typical, in order to benefit from the higher volume of foot traffic generally seen at the start of a liquidation event.

With the length of a store liquidation event constrained by law and various lease agreements, making the most of the time a store is open and accurately forecasting demand is another important factor. In one example, Craig and Raman show that keeping a store open even two additional weeks—because it adversely impacts operating costs—can severely eat into profits.

“Liquidating a store is inherently seen as a very right-brain, somewhat emotional activity, but this paper shows the benefits of factoring in a more left-brain mathematical approach as well,” says Raman. “If you have 300 stores, and every day you’re receiving data on how each of those stores is performing, it can be difficult to take all of the necessary factors into account to optimize performance when decisions need to be made very, very quickly. This approach shows that being systematic about price markdowns, inventory transfers, and store closings can add significant value to the process.”

What seems to make sense on the surface could be masking a potential improvement in store liquidation, adds Craig.

“You may have a Borders store in Milwaukee that is profitable, so it seems to make sense to keep it open,” he says. “But if you can forecast demand two or three weeks from now, you can see that moving inventory from the Milwaukee store to the store in Madison (at the University of Wisconsin campus) will increase profitability. You can save on operating costs by closing the more expensive store in Milwaukee, and you won’t have to discount as deeply in Madison, a university town where people buy a lot of books. Yet that can be difficult to see if you don’t analyze your choices systematically.”

Raman agrees: “It can be hard for people to see the math behind this right away. But if the results unfold as predicted, week after week, the logic embedded in the math begins to make sense.”